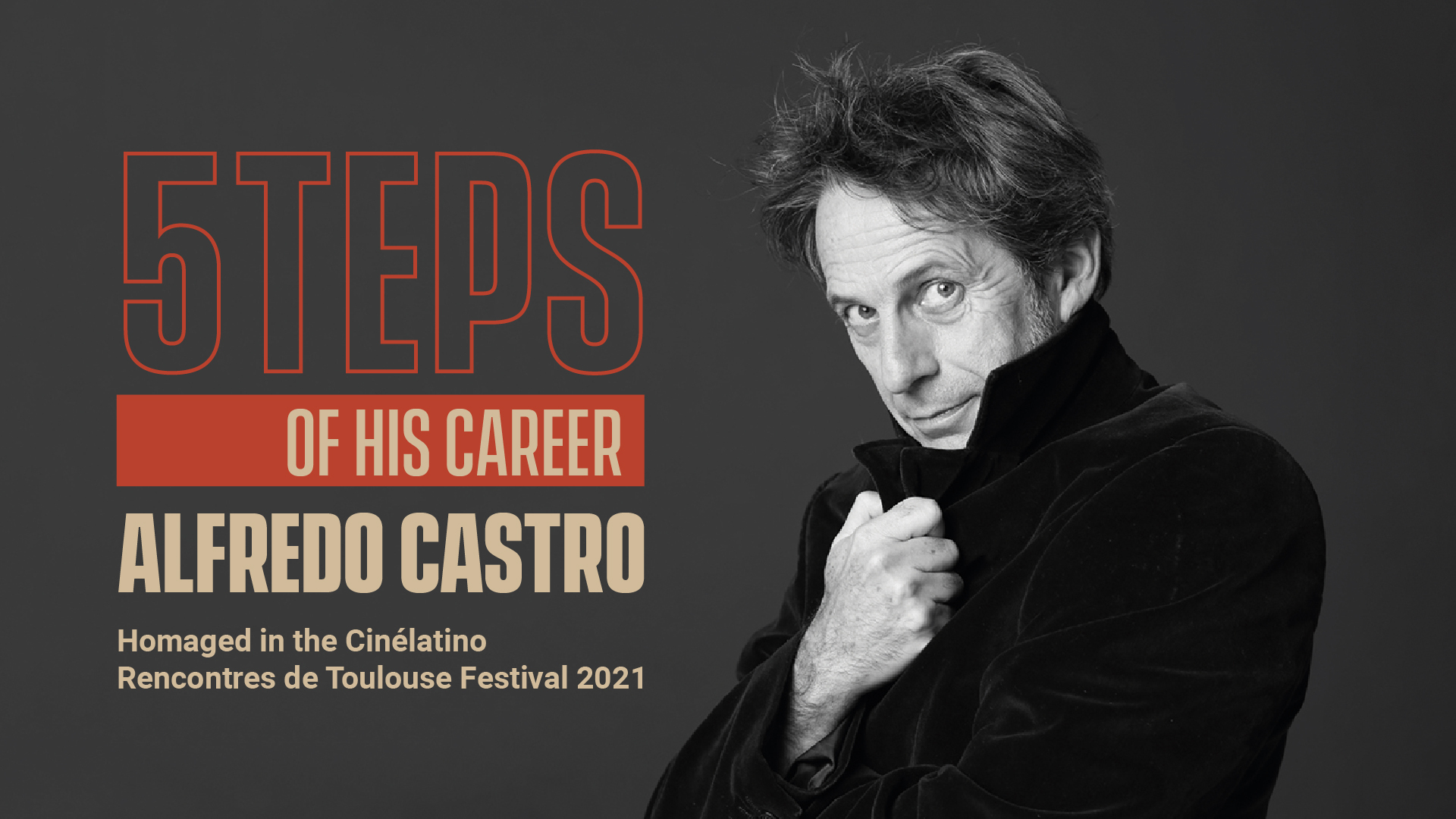 Versatile, intrepid, potent, and moving. Alfredo Castro is one of the most emblematic Chilean actors; a distinguished face in theater, TV comedies, fiction series, and national and global cinema. His career spanning more than four-decades is being paid homage and celebrated at the Toulouse Latin American Film Festival beginning today! We want to take advantage of this recognition by highlighting 5 landmarks of his expansive and multifaceted trajectory.

The work of Alfredo Castro marks a before and after on the national theater scene. Premiering at one of the worst moments of the Military Dictatorship was “Equus” (1977), his debut, which made him stand out among critics and audiences as a promising young actor.

From that moment, a fundamental motivation in his career has been to provide visibility for theater as a tool for social change. With the foundation Teatro la Memoria at the end of the 1980s, Alfredo created a new community meeting space. There, he premiered Trilogía Testimonial de Chile, comprised of: La manzana de Adán; Historia de la sangre; and Los días tuertos.

With these plays, Alfredo positioned himself as one of the most influential directors and actors in the history of Chilean theater, managing to penetrate the forgotten collective imaginaries of our society, while always being at the vanguard of artistic and creative thought.

The multiple roles of Alfredo on Chilean television amount to nearly 27 characters — interpretations remembered and admired by an entire country. Iconic phrases from the characters that Alfredo brought to life during the golden era of the National TV network, led by Vicente Sabatini, continue to go viral on social media today.

His most memorable moments include “Qué derroche!” (“What a waste [of money]!”) as the character of Ernesto Lizana in La Fiera (1999) and the charismatic, mischievous smile of Lazlo California in Romané (2000), soap opera that depicted the Romani community. Making us laugh and captivating hearts, Alfredo has managed to represent the diversity of Chilean pop culture, becoming synonymous with the idiosyncrasy of our people.

In 2011, Alfredo took one of the greatest leaps in his career by starring in Prófugos (“Fugitives”) by Pablo Larraín and Jonathan Jakubowicz, the first Latin American HBO series and one of Larraín’s first incursions into television. During the second season (2013), Alfredo played Freddy Ferragut, a legendary, extravagant character who completely changed the tone and depth of the show.

Alfredo has also brought his darkness and magnetic force to the second season of Narcos by José Padilha (2017, Golden Trailer Awards) streaming on Netflix, and The Pack by Lucia Puenzo (2020, Produ Awards) on Amazon Prime.

Alfredo Castro has been Larraín’s “muse” since Fuga (2006), the director’s feature-length debut, which gave rise to a powerful collaboration and friendship. That continued on films as emblematic as Tony Manero (2008, Best Male Performance at the Torino and Havana film festivals), Post Mortem (2010, Best Actor at the Guadalajara Film Festival), No (2012), El Club (2015, Platino Award and Fénix Award for Best Male Performance), and Neruda (2016).

Larraín has repeatedly declared his undying admiration for his muse’s acting talent, while Alfredo says that he sees Larraín as a maestro who taught him the profession.

Other iconic roles of his include the film Los Perros (2017) by Marcela Said, where Alfredo played Juan, a former army colonel, and for which he won Best Male Performance at the Platino Awards in 2018. With White on White (2019) by Theo Court, which premiered in the Orizzonti section at Venice Film Festival, Alfredo became the first Latin American actor to obtain the Starlight International Cinema Award.

And in My Tender Matador (2020) by Rodrigo Sepulveda, which also premiere in Venice, in the section Venice Days, Alfredo showed a new facet as the Queen of the Corner, a travesti who gets involved in a risk-laiden clandestine operation during the Pinochet dictatorship, winning the Mezcal Award for Best Actor at the Guadalajara Film Festival, among many others.

Without a doubt, Alfredo has projected himself into the global sphere and become one of the most important faces in arthouse cinema. From Italy with Il mondo fino in fondo by Alessandro Lunardelli (2013), Venezuela with Desde allá by Lorenzo Vigas (2015), Argentina with Rojo by Benjamín Naishtat (2018), and Mexico with Museo by Alonso Ruizpalacios (2018), it’s clear that directors from around the world are waiting for their turn to be able to work with him.

His expansive career continues on the rise, and the great expectation caused by his homage at the Toulouse Film Festival is evidence that his ability to find the darkness and the light in all of his characters has no borders. 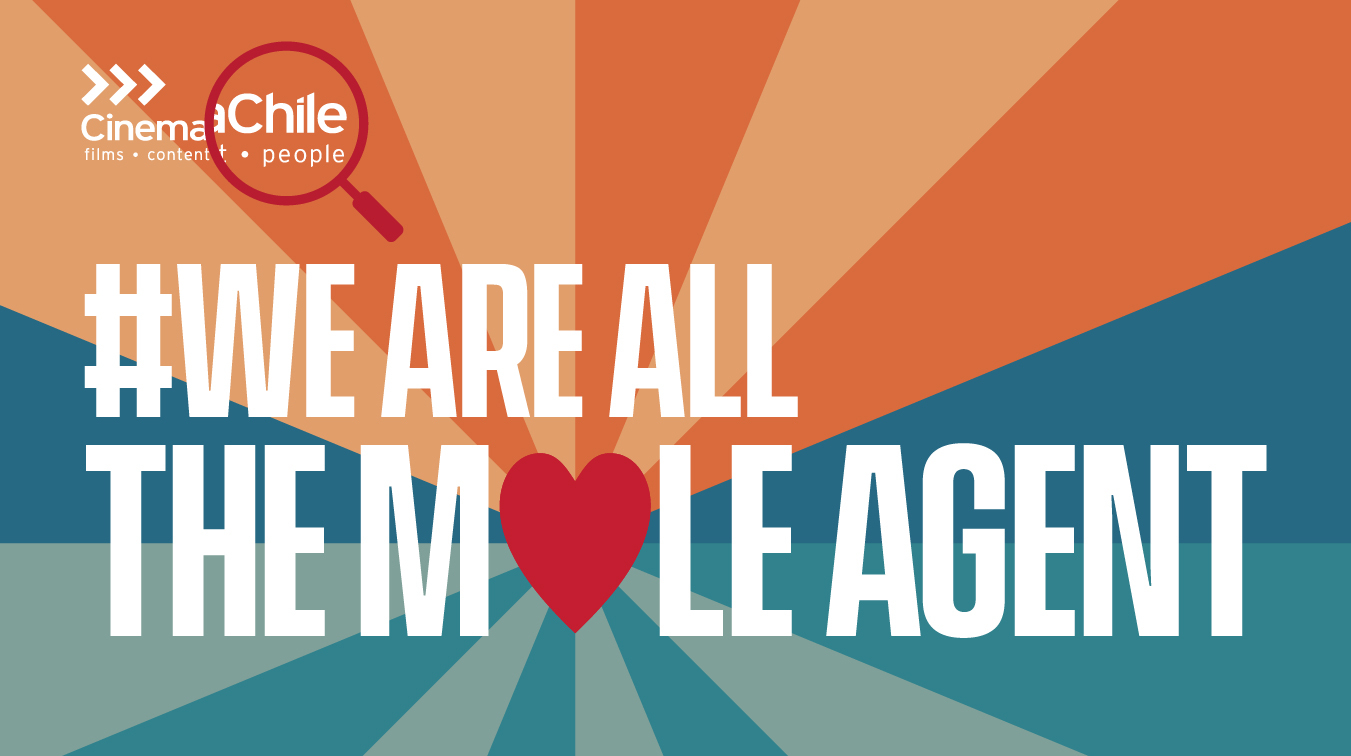 Chilean focus on animation! Highlighting both consecrated and emerging directors